Gentry was a homeless man, who had moved to Tucson four weeks before coming to hospice.  He was born and grew up in Mississippi on a sharecropper farm with his parents and eight siblings. He fought in the European theatre during WW II and then did farming and construction work until his body lacked the strength and endurance. He told me that he never married, but “I enjoyed my alcohol and my women.”

Looking back, Gentry told me that he knew something was wrong with his body about four months before coming to Tucson.  He began losing weight and felt a fullness in the right side of his abdomen.  He also saw some blood in his stool.  Finally, because he was too weal to get around, he came to the emergency room, where he was found to be severely anemic.  During his admission, tests revealed colon cancer with massive liver metastases.

Gentry had no home, no friends, and no family in Tucson. All efforts to contact siblings failed. The hospital requested that hospice admit Gentry as a charity case. The doctors estimated that he had one to two weeks as he had refused any blood transfusions. His hemoglobin level was 4.6, which was extremely low, and he was still losing blood from his cancer. In my experience, doctors often underestimate the tenacity of the human body.

Gentry was a thin, wiry man in his mid-70s. He had a homegrown sense of humor and laughed heartily at his own jokes.  He didn’t seem to care that he was dying. “I lived my life, doc, and no hard feelings neither.” He said his pain was tolerable except the full feeling in his gut. (His liver was completely replaced by rock-hard tumor and it filled most of the right side, even below the belly button.)

I asked him where he got his name. His told me that his frustrated papa wanted at least one of his kids to own his own farm one day. “So, when I was born, my father insisted I be called Landed Gentry, but “my mother threatened him with a knife. They came to an agreement with just Gentry.”

Right away, I knew that Gentry would live longer than a week. Too much life force left in him, and too much pleasure just talking with our female staff.  Hospice was to be his home, unless we could find him another place to go, but that was unlikely. I did, however, believe that he would rapidly weaken as the liver metastases had taken away his appetite. In fact, Gentry didn’t even bother to fill out a menu. Our nurses tried their best to tempt him with ice cream, cookies, and puddings, but all Gentry wanted was Coke. The only glimmer of calories on his bedside table was an empty red can.

Being new in hospice, I expected that after a week of imbibing “The Pause that Refreshes,” Gentry would begin to wither. But he continued to sit upright in his bed, red can on his bedside table, holding court with our staff. We tried everything to expand his repertoire. I brought him a Pepsi, which he indignantly banished from his room. For the remainder of that day, every nurse and aide heard how  the doctor had insulted our esteemed guest.

Duly contrite, at 0700 the next morning, I brought him a fresh, iced cold can of “The Real Thing.” I sat down as he popped the lid and took a satisfying swig. “Coke is It,” man, he smiled.  He had accepted my apology. I gave up, went and got me my own can, and plopped down next to our guest. “Why Coke?” I asked.

Gentry told me what it was like for a black sharecrop family growing up during the depression in the South.  They barely got by, eating off the land, sometimes going without for a day or two when the season was bad.  On the rare times that his father took him into town, he would stand outside the drug store and watch the white kids sit at the fountain and sip Coca Cola from a straw out of the special, green Coca Cola glasses. He remembered having his first Coke just before he enlisted in the army, and the first time that he was allowed to sit at a fountain and sip Coca Cola out of a straw. “The glass wasn’t green, just clear, but it was still mighty good.” I always made sure that Gentry had a straw after that.

I drank quite a bit of Coke myself while Gentry was with us. It became our morning ritual. I figured I was at least getting some caffeine. Besides, as the company was saying, “Coke adds Life.”  I continued to try to persuade Gentry to have something solid with his fluid. I even appealed to his brand loyalty. “After all, Gentry, ‘Things Go Better with Coke’.” Gentry literally didn’t bite.

After three weeks, I heard talk of a friendly betting pool amongst the staff about how long Gentry would last just drinking Coke. I seriously considered calling the company to send their Ad Team to Tucson to cut a commercial. Gentry liked the idea. Still too much life force in that withering body.

Gentry taught this rookie hospice doc that, at least in the short term, fluids eclipse solids when it comes to life expectancy. He continued to hydrate himself with his favorite beverage for eight weeks before he became too weak to drink.

It’s been over 25 years since Gentry lived with us. Every time someone asks me “how long do I have, doc?” I think of Gentry, sitting upright in bed, smile on his face, sipping from his Coke can, the richest man in the world.  I answer, “In the short term, a lot depends on how much you drink.” 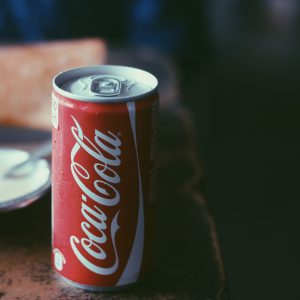 Isn’t There Something Else You Can Do?

AM I KILLING MY MOTHER?